The larger the time gap between the original and the first known copy, the greater chance for error.

The larger the time gap between the original and the first known copy, the greater chance for error.

If a historical event happened in
AD 500
but the earliest copy of the manuscript we have is from
AD 1500
we would have a time gap of
1,000 years
during which corruption could have happened.
But let’s say we were to discover copies dated at
AD 600
reducing the time gap to
100 years.

eliminate errors
These works listed are similar documents from antiquity with the 2nd, 3rd and 4th strongest manuscript base after the New Testament.
Let’s see how they stack up with each other.
Book:
Author:
Written:
Earliest copy:
Poetics
Aristotle
343 BC
AD 1100

“I propose to treat Poetry in itself and of its various kinds, noting the essential quality of each; to inquire into the structure of the plot as requisite to a good poem...”
Book:
Author:
Written:
Earliest copy:
Gallic Wars
Caesar
50 BC
AD 900

“All Gaul is divided into three parts, one of which the Belgae inhabit, the Aquitani another, those who in their own language are called Celts, in our Gauls, the third.”
Book:
Author:
Written:
Earliest copy:
Iliad
Homer
900 BC
400 BC

“Sing, O goddess, the anger of Achilles son of Peleus, that brought countless ills upon the Achaeans. Many a brave soul did it send hurrying down to Hades, and many a hero did it yield a prey to dogs and vultures...”
Book:
Author:
Written:
Earliest copy:
New Testament
Various
AD 40-100
AD 125

“Inasmuch as many have undertaken to compile a narrative of the things that have been accomplished among us, just as those who from the beginning were eyewitnesses and ministers of the word have delivered them to us, it seemed good to me also, having followed all things closely for some time past, to write an orderly account for you...”
return to exhibit

Click to enter evidence hall
BIBLIOGRAPHICAL ANAYLSIS
Historians use bibliographical evidence to confirm the authenticity of the New Testament.

Given any historical document, historians ask:

How do I know if the document that I hold in my hand has the same content as the original?

After all, there were no copy machines or electronic files on computers to ensure that the content remained the same.  All historical documents, not just the Bible, had to be hand-copied because the papyrus and scrolls on which the originals were written simply decayed.

In order to determine whether or not accurate copying was done, historiographers look for the number of ancient copies (manuscripts) we possess.

1
Copy
For example, if we only had one copy in existence, we would have no idea if there were any corruption or errors introduced during the copying process, since the original and any subsequent copies are no longer in existence.
3
Copies

Because of the sheer number of manuscripts available for comparison, the New Testament documents enjoy an extremely high level of reliability.
Criteria
2
Even if we have many copies of a certain historical document, how do we measure the accuracy of these copies? By how long of a time gap there is between the original document and when the first known copy was written. The shorter the time gap, the greater confidence we have in the copy's accuracy.
Check out our “Historian’s Eye Exam” exhibit to see the importance of the time gap.
Click to learn about the
Time Gap 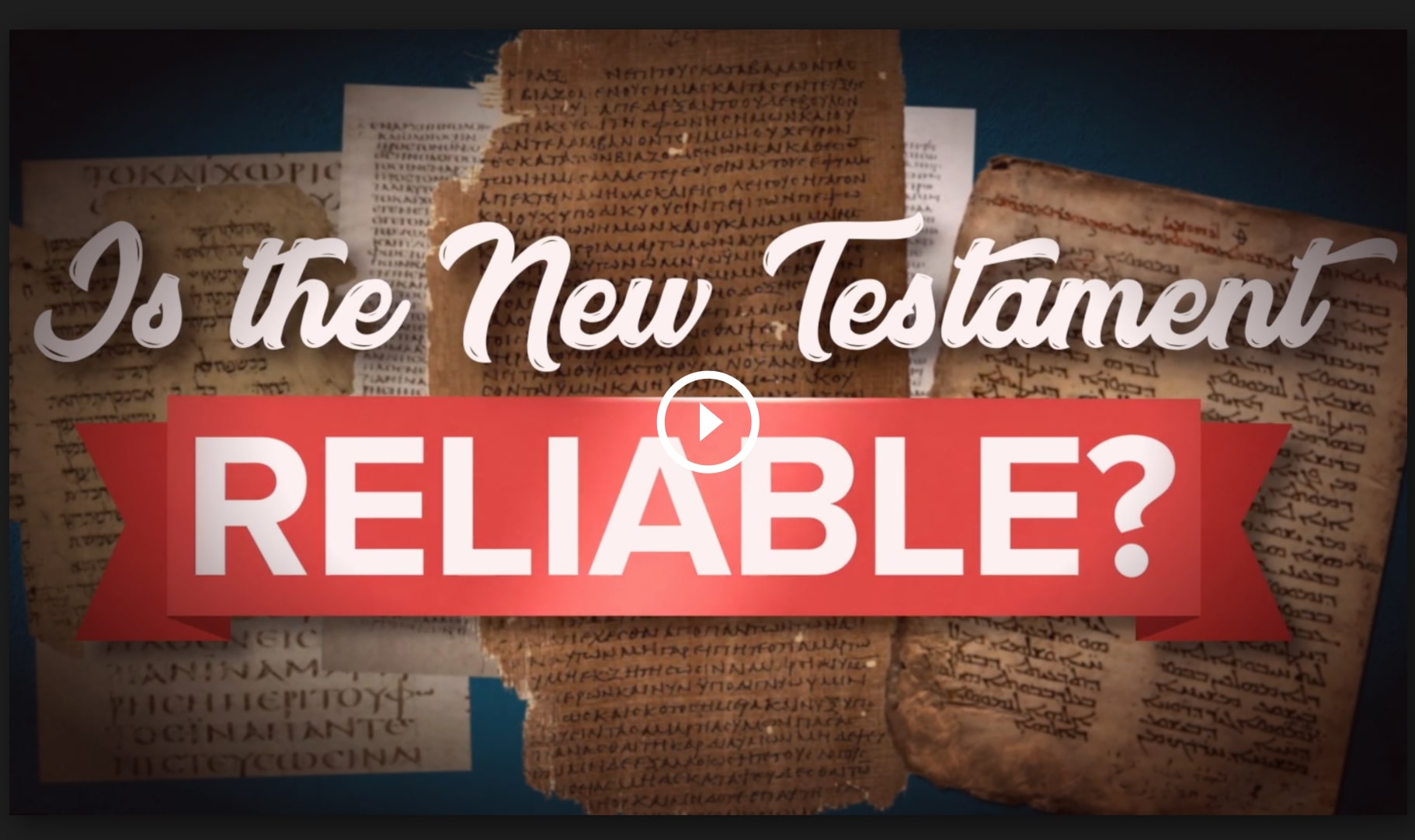 created by Impact360
What does it all mean? So what if the New Testament today is what the authors wrote back then?
it means the the Bible we have today is an
accurate copy of the original
written by Jesus’ contemporaries, and we can safely dismiss the popular “legendary accumulation” theory, which claims that legendary tales accumulated through hundreds of years of rewriting and copying.
Click here
to exit